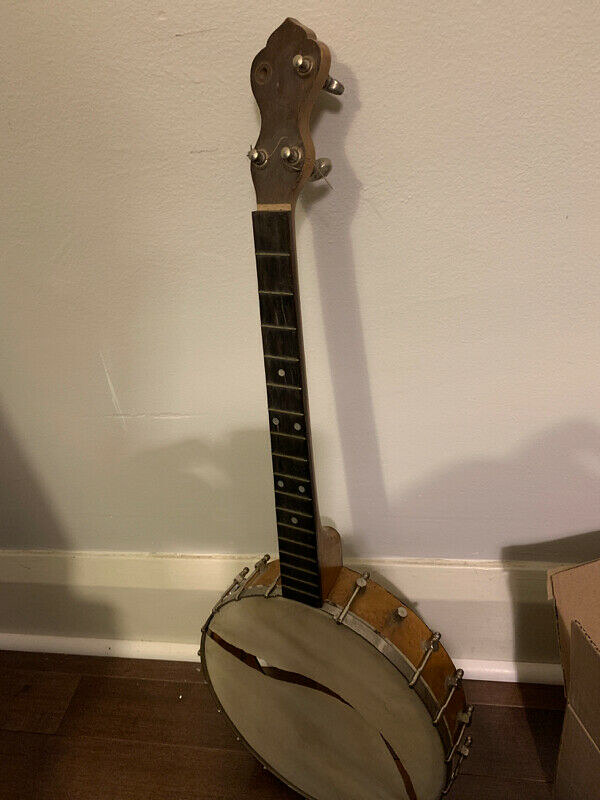 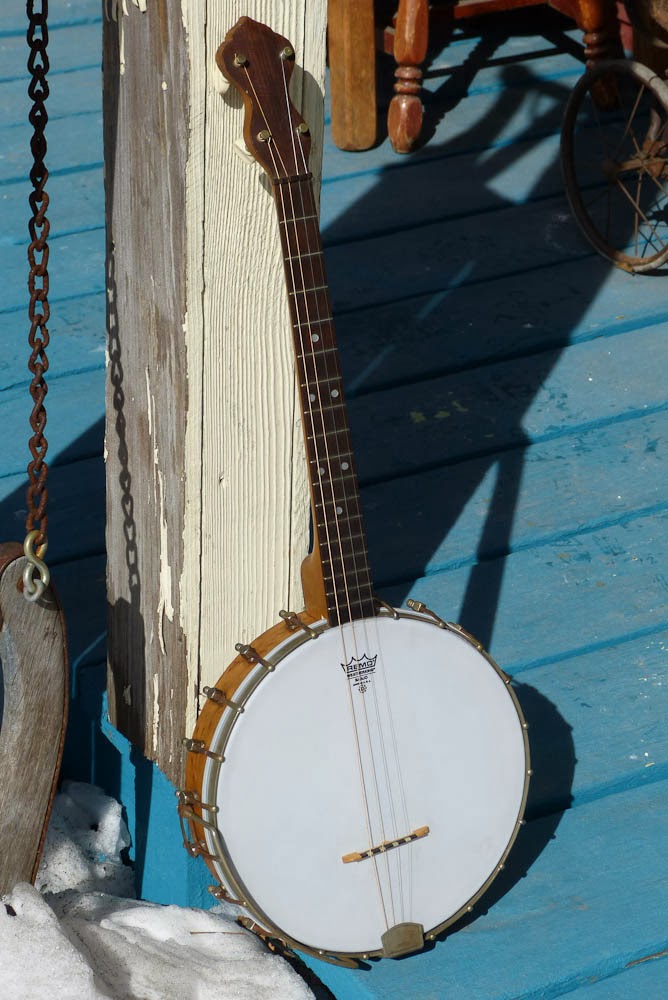 New speakers for my Wurlitzer 200. As you may be aware, the original 4x8 oval speakers are kind of pricey, you can get them from Vintage Vibe but it's $169 for the pair. Too much for an instrument that I don't play professionally and only record direct!

However, I was idly browsing the clearance pages over at Parts Express (as one does, you know) and noticed they had some interesting choices in speakers for flat panel TVs, things that might be 7-8" long but only an inch wide. And going for only a buck each. So I bought some that looked promising, fooled around with some scrap plywood, and ended up being able to fit pairs of them in place the originals. There's a bit of an impedance mismatch, 4 ohms total instead of 8, but the amp seems fine with that. 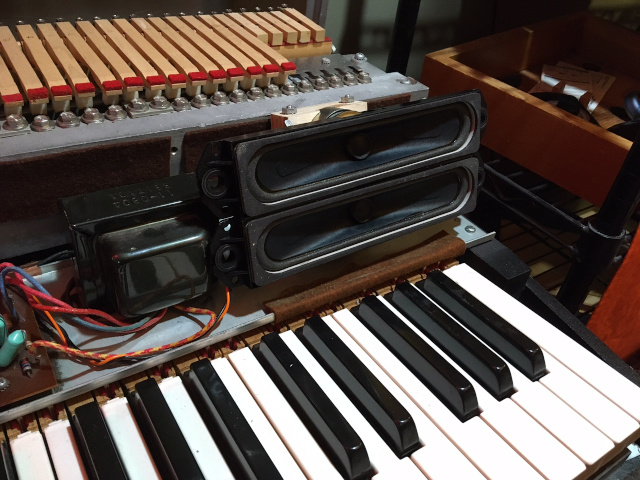 I'd consult a tech on that. In my experience you can mismatch for more resistance and be okay (just quieter/less efficient), but with less resistance it takes a toll somewhere down the line.
Mo' mics mo' problems.

I'd consult a tech on that. In my experience you can mismatch for more resistance and be okay (just quieter/less efficient), but with less resistance it takes a toll somewhere down the line.

I'll be sure to ask myself the next time I've got the soldering iron heated up.

It should be fine, and if it isn't I'll fix it. Something I *would* consider buying is the modern replacement amp from Vintage Vibe.
Top 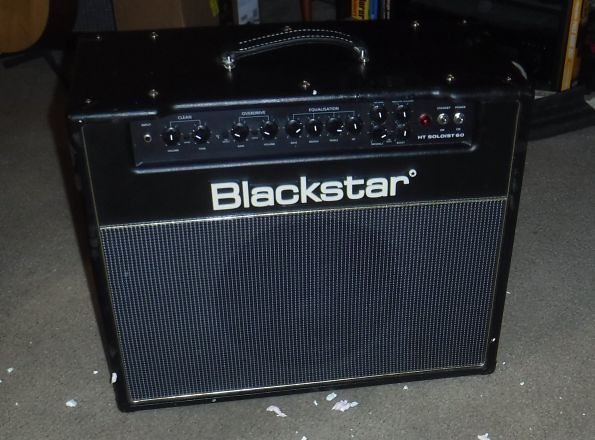 I don't like Behringer's business model, nor welcome calls from Sweetwater sales, but they're selling pedals for $19 and free shipping at the moment. Ordered a Super Fuzz, if it is ever in stock, and sounds close enough, I'll have a reason to sell my Univox.
Top

Was thinking about getting a cymbal stand mounting sleeve, but will make one .. its on the list of to-do things today.
https://www.youtube.com/watch?v=iZF_RLXYM5Q
Top

I just installed my Jim Williams audioupgrades.com PIP circuits for the Toft ATB-16. These are small daughter-card preamp modules (they look similar to an API 2520 Op Amp, in format) that go in where the 8pin THAT technology IC preamp would normally mount.

I haven't put the 4 new channels of the Toft through their paces yet, but I've brought up a mic and done a side by side recording comparison with spoken dialog... so far, it's cleaner in the highs and less muddled in the low-mids.

Posting pics of the mod, just in case anyone else does this.

On early versions of the Toft ATB, there aren't these push-buttons on the circuit-board, so those Rev1 consoles can have the the PIP mounted right into the socket where the IC was removed. But on later versions of the Toft... you'll need to use push-in sockets to act as risers for the cards (to clear the plastic shell of that push-button. 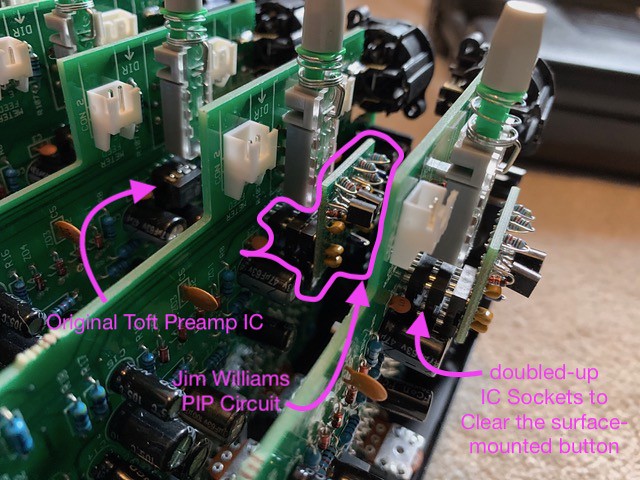 Now, here's the bummer... if you have a later Revision Toft ATB... the first channel's circuit board is sooooo close to the the side-panel that a double-riser'd PIP circuit would push against the wood, and won't sit flush in the sockets. oddly enough, there is a rectangular cut-out in the metal frame — very fortunate, because I was able to use it to draw a line on the wood, and then notch-out the wood by 3/8" to accommodate the circuit. 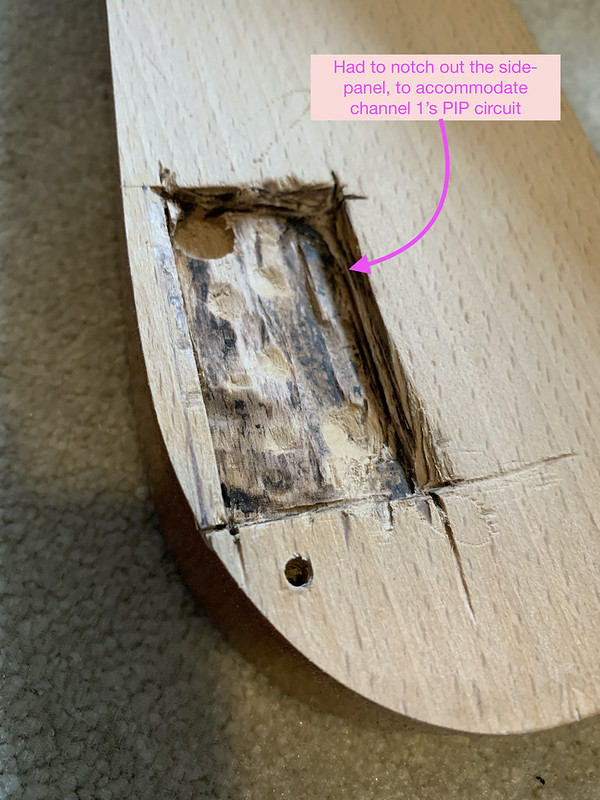 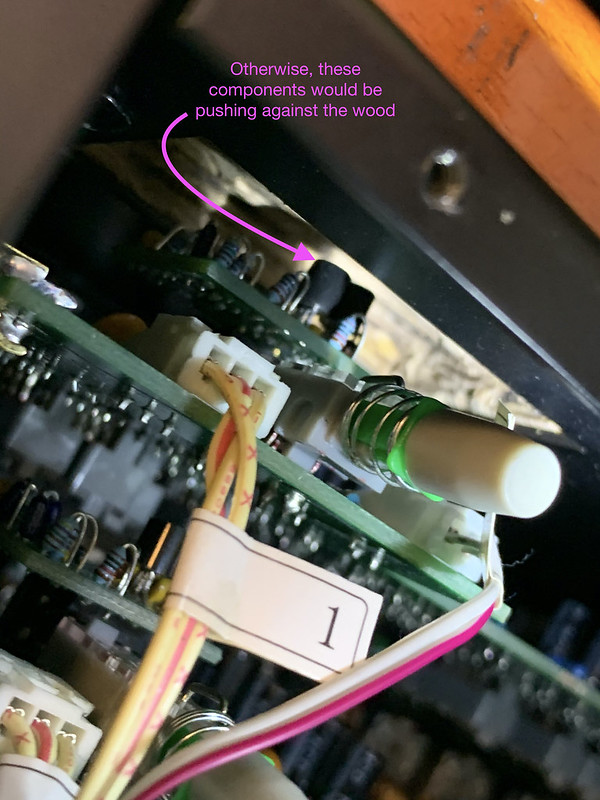 ...In the end, I did 4 channels to see if the PIP circuit makes enough difference, preamp-wise, to re-excite me about using this console for future projects. Over the last couple of years, I've been trying to up my game, and this console (while very good) is getting left behind by some other equipment... but maybe I can get it to carry more weight with these mods. Sadly... the reason that I had the time to do this is related to why I won't have much material to run through it (thanks!, pandemic.). Hopefully, I'll get a chance to put these channels through their paces, later this summer... and if they rock harder than the stock channels, then I'll probably buy 12 more PIPs.
ADSR | twitter | linkedin | Instagram | my band | BandCamp
Top

I haven't put the 4 new channels of the Toft through their paces yet, but I've brought up a mic and done a side by side recording comparison with spoken dialog... so far, it's cleaner in the highs and less muddled in the low-mids.


Glad it made a well discernable difference. That was awesome!

Users browsing this forum: No registered users and 63 guests