i have been trying to figure this out.

from the info on this thread.
http://messageboard.tapeop.com/viewtopi ... 9&start=15

RodC has put me in some kind of direct from this post. i am a novice at DIY.
i can solder and follow directions well though. i do small repairs on turntables, so
i can figure this out, i just need a little push in the right direction.

i can find the stuff around the described components but not the actual ones.

i believe its r103 for input gain. and r105 for mix level output.
so i should be able to solder wire to these and then to pots for control.
a new pot for input, and rewire one for the output knob on front

any help would be great, a picture, drawing on top of pics would be great.
anything would be cool, im excited to get started on this.
i can send bigger pics too.

here are some pics--

ok, so i was able to locate the r136 which is the resistor on the output. the one in between the transformers. the resistor was covering the ID number. just studied the schematics a little more and i got it. so i just lifted one side of transistor up off the board and solder a wire on it, then soldered the other end of wire to the middle pin of that channels pot. and blamo! i have a volume control for the output of each channel now. very easy, i just kept reading RodC's posts and i figured it out.
i just decided to remove the transistor and solder the wire directly to the top hole. it works just fine. i also think i found the input gain transistor too.
so tomorrow i will put the input pots in.

Sorry it took me a while to respond, I was on the road all weekend and I have some nasty cold. I spent the morning in the Doc's office.

Looks like you are doing pretty good. Is there a specific question you have now?
'Well, I've been to one world fair, a picnic, and a rodeo, and that's the stupidest thing I ever heard come over a set of earphones'

no big deal, i hope you get better. im just glad i got a reply.
thank you very much, i love tapeop, its such a helpful place.
your website/studio looks really cool.

i just want to double check about the input gain.
is this the correct resistor to replace with a pot for gain?
the one that is circled?

so i would just take out that resistor and wire a pot there instead. then install the pot in the light hole on front kind of like the way you did yours on your website.

thanks, i really appreciate this.
http://www.djgabereal.com
Top

ok, i am having trouble finding pots. the local electronics shop dosnt have small
ones. and if they do, they are like $12 each.

any ideas where to get some?

gabe real wrote:ok, i am having trouble finding pots. the local electronics shop dosnt have small
ones. and if they do, they are like $12 each.

any ideas where to get some?

Pm'ed you
'Well, I've been to one world fair, a picnic, and a rodeo, and that's the stupidest thing I ever heard come over a set of earphones'

ok, so i finished the mod. a huge thanks to RodC for helping me out on this, thanks! i added a input gain knob and re-routed the volume knob on front to give me control of direct output volume. from my first tests all channels and controls work. please be careful if you mod one. this is just a description of what i did to get this outcome. if you choose to to this, its at your own risk.
it does work though.(just my little disclaimer)

i had to take the face plate off to reach the middle pole of the output volume knob.
i just simply removed resister r136, then soldered a wire from the top hole to the middle pole of the output pot on front. i ran the wire around the sides of the board and then under, and then soldered from the front.(channel 1 is r136, channel 2 is r236, and so on). r136 is found between the transformers. (i used two strand wire, thats why channels are paired on output,not actual signal, but the shielding of the cable,
like speaker wire.)

i used a basic cheap 1k pot for the input gain control.
(i used one with a switch. i didnt need the switch, they were the only ones i could find at the time. so the pot had a click switch on/off thing, then it turned to adjust gain. thats why there is extra poles on the pot. a regular pot will only have 3 poles)

i had to unplug the LED lights from the front panel to put the new gain pots in.
i also had to drill bigger holes because the LEDs were smaller than the new pots, not a big deal though. the face plate is thin metal, it took a few minutes to drill with a basic battery powered hand held drill.

so the pots were $2 each, i had the wire, solder, and soldering gun. i bought knobs but they are to big. so im getting different ones soon. the knobs were $1 each.
so $175 for preamp, and $24 for the mod.

so $200 for eight channels of transformer mic pres with direct outs. with phantom power and input and output control. pretty good huh?
plus it has i high pass filter too.

im thinking of mounting the phantom power and highpass on the front too.

Glad you got it workin, lookin forward to some sample clips.
'Well, I've been to one world fair, a picnic, and a rodeo, and that's the stupidest thing I ever heard come over a set of earphones'

Audio samples and session info posted on my blog 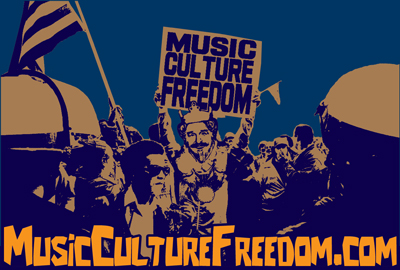 Cool, thanks for sharing this project with details...

And thanks, RodC, as well...
"Artists to my mind are the real architects of change, and not the political legislators who implement change after the fact." William S Burroughs
Top

do you have a schematic with your changes ??? also I listened to your clips I liked them sounds great as an over head the cymbals sounded alive and the kick on the last clip sounded good too!!!

Bill
you reap what you sow
Top

thanks for the kind words. all the info for the mod is in this topic. just read thru.
it was very simple. or just scroll up from the bottom a few posts.

the D112 mic is part of why the kick sounds the way it does, plus tuning of the drum head, the pillow in the drum, and mic placement.
not to mention the high pass filter and compression.

this preamp has low noise and seems to have alot of detail.
i could get results close to this thru my tascam 388, but not as detailed and open sounded. I may post those samples too. they are recorded thru a digi 002r and
are a few years old, plus recorded in another room.

I really didnt do too much to the mix.

im also going to do another test with a sm57 thru the altec, then the 57 thru a EH 12ay7. just on the snare to see a difference. maybe i will throw in a symetrix sx202
in the mix. Im also going to demo some OSA(API) preamps next week, so
i will try to bring the altec for that session too.

oh, the audio samples were recorded at 24/44.1
nothing fancy.
http://www.djgabereal.com
Top

cool, those look nice! glad this topic was some help. RodC was a huge help in this project for me. thanks again.

did you sand down the paint on the covers?
http://www.djgabereal.com
Top

I sanded it down. But No painting....

I will try Oil stain..

Users browsing this forum: No registered users and 46 guests