Wondering if anyone has used this trick to any degree of success...?

(ie. Put the high strings out of a 12 string set on a 6 string electric, re-string with standards and tightly double track)

My nearest place that might rent an electric 12 string is a five hour round trip.
Mike
Top

The point of the high strung guitar isn't to mimic a 12-string, but to have a part that doesn't have low end clouding up things. Its more of a rhythm guitar drive thing.

If you want a 12-string sound, you really need a 12-string.
Tony
Oxide Lounge Recording
Follow me on TWITTER!
DrumsToGo.net Live drums tracks by yours truly.
MEGAN HOSACK An EP Album
SARA QUAH Taking me Back
WWRTBD?
Top

I keep my thinline tele clone tuned nashville. I often use it for it's own thing. The overlap in the voicings (in many chord shapes, the third and fourth string play the same notes as 1 and 2) is pretty fun, and it leaves a lot of room in the lower register for other things.

I have a couple of times used it to double a part played on a standard-tuned guitar and then mixed them into the same amp sim to fake a 12-string. The success of that particular maneuver depends partly on the pickups being somewhat matched so they kind of sound the same to begin with. Far more important, though, is precision in the actual performance. You really need to lock in almost perfectly in both timing and dynamics for it to not sound like two different guitars. Even then, I'm not sure it really sounds like a 12-string, but it can be an interesting effect. (This is a perhaps not great example. It's actually triple tracked with the low notes seperate from the doubled high notes, and in the solo they all kind of take off in different directions)

I also have a Squier mini-strat (20" scale, IIRC) that I string with standard 10s and tune up a fourth to A which is another way to get a little extra chime into an arrangement and keep it up out of the way of other things.
Blood is Cheap --- Ash's Tube
Top

I have a cheap-o parlour guitar with a P-90 in the hole that I use for nashville tuning. It gets used on 90% of the records that come out of my studio. As stated above, it's not really like a 12 string but it's amazing for adding second rhythm guitar parts. It's really great if you want to make a chorus feel brighter and different without it feeling like theres a second guitar there.
It's also great if you just want to sit around playing Free Falling all day.
Dave

Stupid geeky idea, put half a P-Bass pickup (4 pole) under the bottom four strings, run that output to an octaver. Track once. 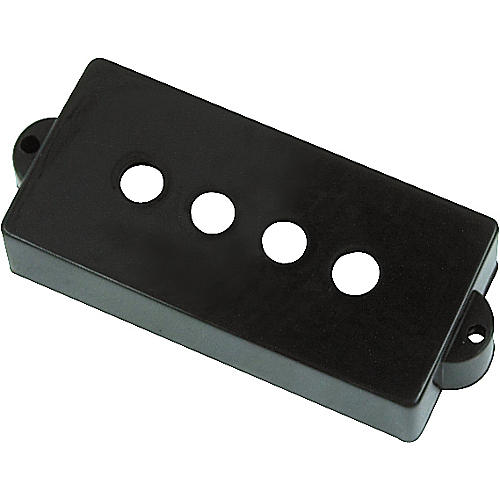 The previous statement is from a guy who records his own, and other projects for fun. No money is made.
Top

(@Drone)
I make two string pickups that slide under the strings (no need to rout or install) that can do that: http://ubertar.com/hexaphonic/one_and_t ... ckups.html

I could make a four string version, if that's what you're after.
get a hammered sound from guitar or bass! http://www.stringhammer.com
hand-made version to raise money for manufacturing... kind of like kickstarter, but you get a fully functional item now

Tempting. I've never actually tried it myself, I do have one of those uber cheap clip on soundhole magnetic pickups, that is flat, and has a lead on it, it's currently the bridge on a porch rail guitar I made. I took the bit of PVC pipe out and 'lectrified that sucker.

Apologies to the OP didn't mean to hijack

The previous statement is from a guy who records his own, and other projects for fun. No money is made.
Top

if you double an existing standard 6 string acoustic part with the identical position/voicings nashville guitar you will get a pretty reasonably close 12 string vibe but you'll need to track both and very tightly.

LONG LIVE THE JANGLE!
the new rules : there are no rules
Top

For a reasonably priced, well-made 12 string, look for a Kapa. They were made in the USA (Maryland) in the 60s, but don't command the same prices
that other US guitars from that time do, but they're very good. I have a 12-string Kapa Minstrel (teardrop shape) and it's easy to play and sounds
great, and it's older than me!
get a hammered sound from guitar or bass! http://www.stringhammer.com
hand-made version to raise money for manufacturing... kind of like kickstarter, but you get a fully functional item now

Thanks for all the help! Some good ideas here.

I know that we're going to get an approximation at best, at worst, we'll fall back on liquor and 'free fallin'.
Mike
Top

I also have an electric in the studio strung for Nashville tuning - it's an old Electra Workingman that sounds great set up that way. I use it less than I might, but when I do it's very cool.
"Jeweller, you've failed. Jeweller."

I actually think your (the OP) original idea sounds like a pretty cool solution, even if it's not the intended use of that tuning. It might not sound *exactly* like a 12 string, but if that was important enough to you you'd drive the 5 hours or just get/own your own 12 string. The end result will be something interesting and unique without a doubt!
Geoff Mann
composer | drummer | Los Angeles, CA
Top

After some ebay slumming, I came across some DIY 12 string kits, came in at about $130 (Canadian) for a 12 sting tele style.

It landed yesterday, a few misaligned pre-drilled holes,
and some minor fitment stuff, but, plugged it in and it doesn't sound half bad. Still need to do a setup and dial stuff in on it, but so long as it holds tune for a take, I'm happy.
Mike
Top

I bought one last year for "that" sound - works great and even stays in tune for about 2 takes!
bandcamp; vlayman;
THD; Geronimo Cowboys;
blog.
I mix with olive juice.
Top

Looks almost like the same as the Cozart kit... only difference is the pickguard.

The part I'm intending to put down is just in the choruses in one song, which gives me time to punch in and tune, and tune as needed. Family time has dictated that I won't be messing with it anymore until tomorrow... but, closing in on having it setup.
Mike
Top
Post Reply
27 posts