Modding a ProCo Rat (with Clips)

Modding a ProCo Rat (with Clips)

Hey all!
As I slowly continue down my path of gaining a bit more electronic knowledge, I just today did a few mods on a ProCo Rat R2DU rack unit that I recently purchased. I got it to fuck up things in mixes, but it was too narrow sounding for those purposes (I guess I was remembering what a rat does incorrectly), plus the volume level it ended up at when I had the knobs where they needed to be to be useable as a line level piece of outboard gear was really not good. So.... being the blasphemous person I am I decided to dig into this beautifully untouched vintage box and see what I could turn it into!!

So I did the following in order, and did a test of running a mix through at each step with the knobs not moving on the rat so I could hear what was happening along the way. I thought it would be fun to share because when I was researching these mods I found a lot of TALK describing the characteristics but not much in terms of audio comparisons of the various changes throughout the modding process. This is by no means completely scientific, as I didn't go back any steps or try all the various combinations (I have a life you know), but it gives you an idea of what each step accomplished. The clip is below. Here is the order:

1. Original Track. This was a slowed down version of one of my band's songs. We used it for an instagram video.

2. RAT STOCK. Ran the left side out through the Rat as I received it. All knobs at 12 o'clock (ish), which is where they stayed for the rest of the test.

3. Replaced first silicon clipping diode with a RED LED. This raised the volume noticeably which also made it sound less compressed to me. Win/Win

4. Replaced the C1 capacitor (originally 22nf) with a 0.22uf cap, which allowed more bass into the unit. I was prepared to swap the output cap as well but felt like this was enough bass for me.

5. Replaced the 47ohm resistor coming off the distortion knob with a 1k linear pot ala the Beavis "Lube" mod. I didn't hear a huge difference while sweeping the knob but I'll have to check it out in a more useful setting where I can experiment.

6. Lastly, I replaced the 2nd clipping diode with a GREEN LED. Why green? I don't know. I was interested in what uneven clipping sounds like and green seemed like a nice color. Like money. 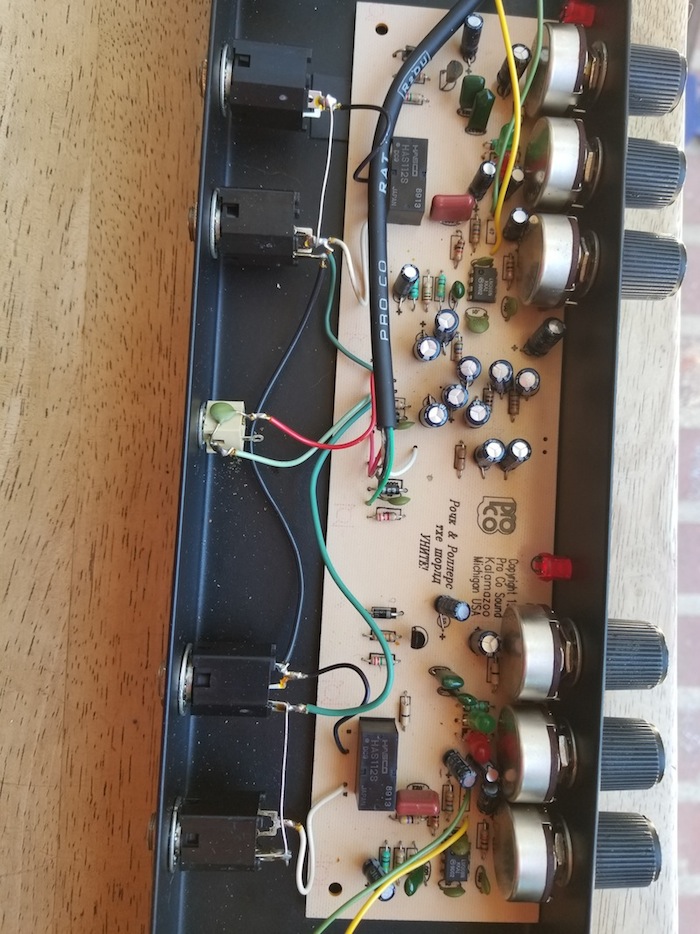 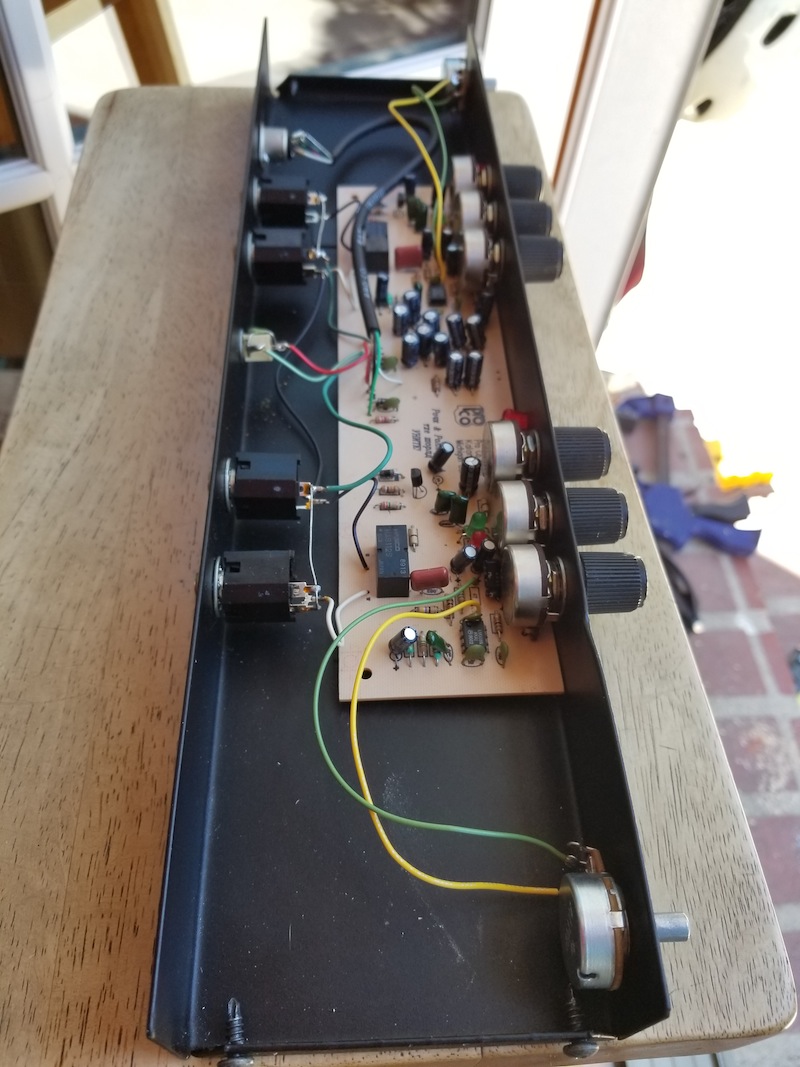