shedshrine wrote: ↑
Fri Aug 17, 2018 10:45 am
The first time I tried it I did not dig it, so sour and..kinda made me think of things like dirty sock rinsewater.
But a couple weeks ago the ac was down, and I was looking for a different buzz other than coffee..and so I tried it again. This particular brand/style goes down smooth.
Weird that kombu means seaweed, cha means tea, originally I was thinking it was some kind of seaweed or kelp tea. but "fermented green tea" in Japanese doesn't sound near as sexy apparently.

Could be my imagination, but I could swear my intestinal fauna is thriving right now.

i believe it is actually russian and it's fermented black tea (well the stuff my wife makes is black tea). maybe kombucha in russian means something?
Top

ah, well that explains everything. (and who doesn't like a little chayvny grib in the morning)

Of course with the legalization of cannabis, it was only a matter of time before Schedule 1 controlled substances would be legalized.
Just picked this up at Walmart. No problem going all day now. And I can totally hear that my mixes had been starved in the 2k range. Cranked that sucker! Added benefit: I cancelled the dentist as I ground away the cavity myself. Great stuff! 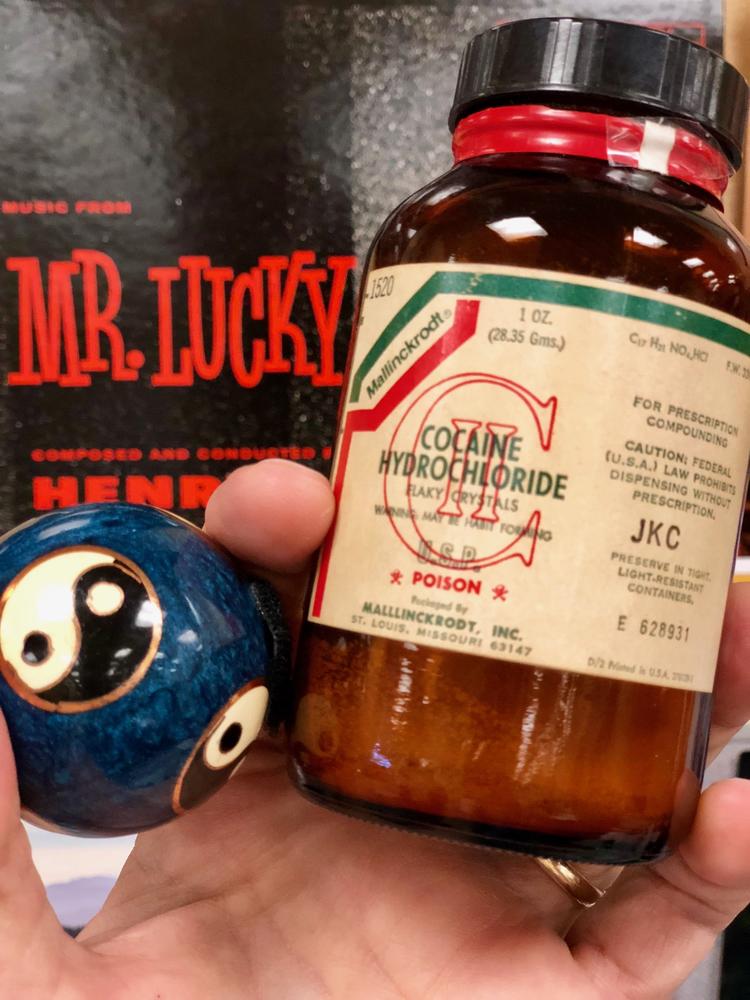 *souvenir the pharmacy I did deliveries for in high school let me keep. It was empty at the time.
Last edited by shedshrine on Sat Dec 22, 2018 7:25 pm, edited 1 time in total.

I have never been what you would call a heavy pot smoker. I have experimented with weed of course. I say of course only because if you grow up in the US it's pretty hard not to at least come in contact with it enough that maybe you become curious enough to try it out and experiment with it a bit at some point.

It has never really made me want to hang out and talk, at least not until it "leveled out" quite a bit. I didn't like how when it hit hard, I could no longer read peoples expressions or intentions, everything got weird and the paranoia many people talk about would set in.
I would not enjoy anything about it until it subsided quite a bit. Then there would be a point where the effect would lessen to one more about pleasurable concentrated focusing that I did enjoy. When the focus time would arrive I'd want to go for a walk, or read, write or play music, enjoyable if introverted stuff.

Right now It’s Friday night, the wife and kid are out for the evening, and I’m conducting experiments in the front room with a new gadget I obtained from my first visit to a dispensary. 8-1. or eight parts cbd to 1 part thc inhaled with a vape pen.

I became initially interested when I'd heard it wasn't like a full on thc high, and would help with sleep which I have issues with.

First impressions after a couple sessions:
I am liking how it allows/promotes focus.
I like how I don’t have to wait for any paranoia to dissipate,
it just gets you straight to the focus-zone.

EDIT: and apparently after a few times your tolerance builds and nothing happens beyond the vanquishing of pain, so it's on to heroin I suppose.

Coffee is for mornings, keeps me from getting that withdrawal headache. After two cups, that's all, brother. I can't imagine working typical session hours on coffee.

When I am the engineer, it's just water for me, till the end of the session, when a beer or two is acceptable. But when I am actively involved in the music making process, it's gotta be booze. People, there's a reason Dionysus is the god of drink AND music. Talk about needing sugar to drive the brain...

So I know what you're thinking... things get sloppy. That's why it is necessary to establish your baseline (heh- not bass-line) and stick to it. A nice buzz is so important. There is no agonizing over minutia- when I'm in that place I just reach out and do it, move on.

You gotta have like-minded people. The best times I've had have been when me and one other person just start crunching. The spontaneity and discovery can be amazing. This isn't about constructing a cathedral, it's rock and roll.

And every now and then the gods send you a gift. I don't have to decide which path to follow... I'll stick to my craft and keep learning and listening, but when that impulse comes along I will follow.
This will prove a brave kingdom to me
Where I shall have my music for nothing
Top

Liv Pooleside wrote: ↑
Sat Sep 29, 2018 6:42 am
You gotta have like-minded people. The best times I've had have been when me and one other person just start crunching. The spontaneity and discovery can be amazing. This isn't about constructing a cathedral, it's rock and roll.

And every now and then the gods send you a gift.

Not all that much, really. I gave up caffeine a few years ago due to the side effects (mostly the diuretic bit plus not being able to sleep at night), and while I still drink it's gradually a little less every year. I used to even brew my own beer!

Music and engineering is a stone sober thing for me. In a way it's its own form of drug, the hyperfocus that comes when I'm really into something technical and creative.
Top

Users browsing this forum: No registered users and 58 guests