lukievan wrote:S.O.S. magazine (a pretty good British recording/engineering rag) did a piece about the recording of 'The Night They Drove Old Dixie Down' in their 'Classic Tracks' column. It's not free on their site, but it's well worth tracking down if you want to peek at the magic.
http://www.soundonsound.com/sos/oct06/a ... s_1006.htm

I don't know why but I'm glad they do!
INDIE TILL I DIE
Top

Great DVD ... the producer was John Simon. Add to that DVD Levon's book "This Wheel's on Fire" and you'll get a pretty good view of his take on the whole thing. And it ain't pretty. Right on down to The Last Waltz which was Robbie's spotlight of over dubbed guitar something-ness.

I mean, Danko didn't even try to overdub the same notes he was playing at the concert, at least Robertson tried to play the same notes on the overdubbed soundtrack.. If you want your Band illusions shattered, watch the song on the The Last Waltz DVD where Clapton is playing.. besides the "perfect" pickup by Robertson when Claptons guitar strap came off (ah,ah,ah,overdub), watch Dankos' bass, then listen to the notes from the bass..

I wish I had just listened to the music and never analyzed it. Once you have knowledge, it just distracts from the great finished product that The Band lp's (most of them) were. 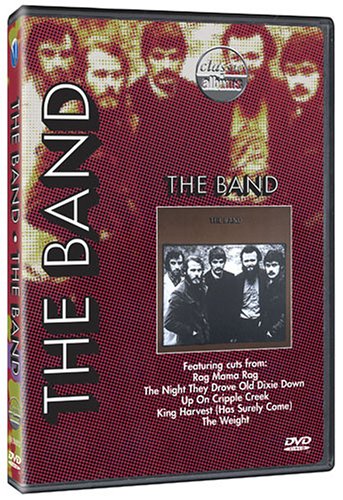 track this bad boy down, it deal with the brown album but I think it was the same producer he, if I remember rightly, talks about big pink... dude ends up drawing diagrams of where they all sat in the studio, Levon sits at a kit and goes thru his drum parts, and they get busy with the vocal harmonies on the mixing desk. Amazing DVD probaly one of the best in the Classic Albums series

Users browsing this forum: No registered users and 12 guests