"Its sound is as pure, anguished, blues-rock as you can get -- a million miles away from The Pixies' frenzy and wallop, and an excellent album in its own right. Unfortunately, it seems to have come at a price, spurred by the dark muses unleashed during therapy sessions. "[H]ere they are. Thirteen big, salty tears," writes Black in the accompanying press release. "There isn't a happy song in this bunch."

No, there may not be a happy song in this bunch, but there isn't a weak song among them either.

All thirteen tracks were recorded live to two-track with no edits in Black's mobile Los Angeles studio, just as he and his band have been doing for the past four years or so. The process has become something of a modus operandi and a point of pride for Black and his semi-permanent hired guns. Whereas the group's 1999 eponymous album exuded a rough-around-the-edges charm due to the same process, the songs on Show Me Your Tears are all highly polished, proof that the band is as cohesive as ever, without necessarily sacrificing spontaneity or speed of output. (Following Tom Waits's lead, Black and The Catholics released two contemporaneous albums, Black Letter Days and Devil's Workshop, just last year.)"

With Stan Ridgway at the Show Me Your Tears sessions.


Paley and Francis (2011)
"This album was recorded in two relatively short days this past September 2010 in Nashville, Tennessee. All first takes. We wrote the music for the songs in Paley?s apartment in Brooklyn over three afternoons when Francis was in New York for a three day run at Joe?s Pub. After which we each took half of the songs to finish off with lyrics, and Francis went off to meet what he sometimes likes to call ?the old band? for another tour." 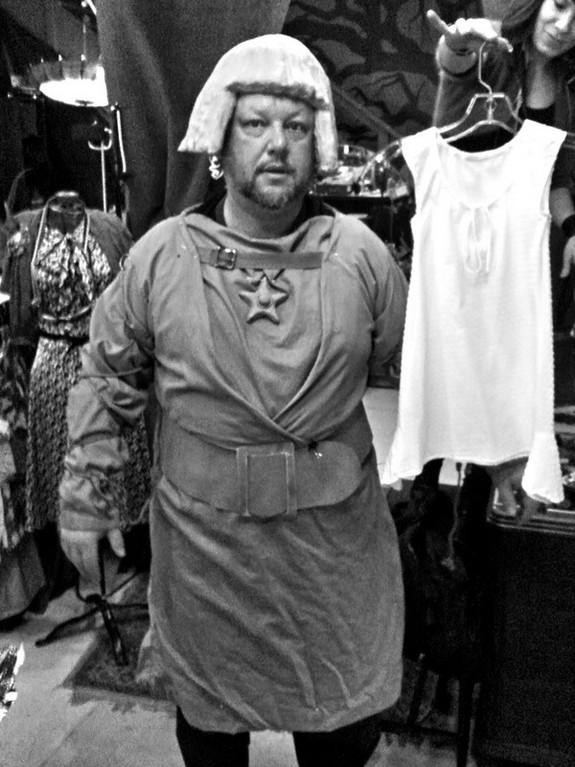 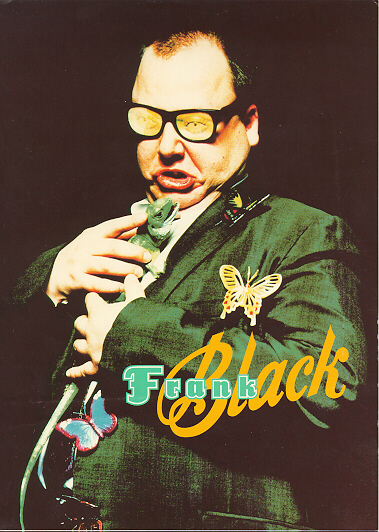 With Ray Bradbury Frank (and quite a bit of family) Look at Her not Me Frank 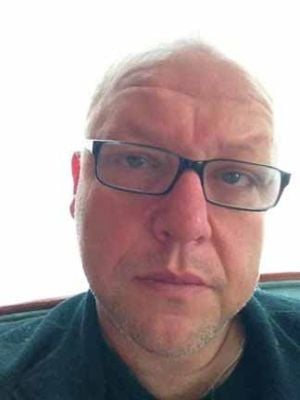 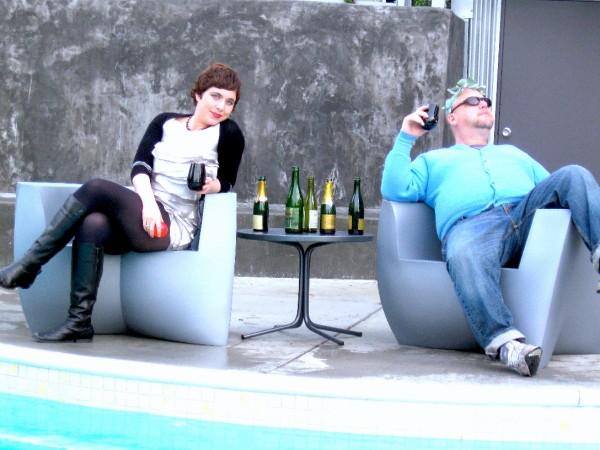 "Frank Black, a.k.a. Charles Thompson IV, resurrected his Pixies alter ego, ?Black Francis,? for the release of his latest disc, Bluefinger. The legendary Pixies frontman
was inspired by Dutch musician/painter/junkie Herman Brood, who, at 54, jumped off the roof of the Amsterdam Hilton after learning he had only months to live.
And while Francis, the family man, practices clean living in Oregon, the spirit of Brood pushed him to create an electrifying 11-song record, including
the Pixies-sounding Brood cover, ?You Can?t Break a Heart and Have It.? - FRANK BLACK: Frankly Speaking by Lisa Heffernan

A:"It?s a reference to the fact that Brood is from the town of Zwolle. At one point in history, it was a nickname for people that came from that town
[based on the legend that local authorities' fingers turned blue from counting copper coins.]"


Herman Brood and His Wild Romance

Cooking Vinyl has agreed to release my latest session (thank you CV!), which I have called SVN FNGRS, on 29th February 2008. It was written, recorded and mixed in six days, and on the seventh day Mark Lemhouse did artwork. The band for the session was myself, of course, on guitar, vocals and harmonica, Jason Carter on drums, and Violet Clark on bass. The session was produced Jason Carter. There are seven (7) songs clocking in at 20 minutes and so I suppose it qualifies as a mini-LP under the old formats. No one seems to know or care what the current format models are (a very weakened LP on compact disc continues to rule the roost by default), which is WONDERFUL; so let's just call it music and pay whatever price your Google research turns up. If you want it for free you can usually find some tracks for free download on my Myspace page or on my own blackfrancis.net. The production is sparse in terms of the band, which, by the way, seems to be a kind of 'Black Francis' thing that has been developing ever since I went back to the old stage name, but is much more produced in terms of the vocal layering of my own voice, perhaps along the lines of TEENAGER OF THE YEAR. I won't bother you here with what the damn concept is, but let's just say the theme revolves around a lot of NASTY sex, NASTIER death, and beautifully strange birth. It was a coincidence that the whole 'finger' thing turns up again; management asked for a digital b-side for a BLUEFINGER track and what they got was this seven fingered thing which is not related to the HERMAN BROOD concept, although I assure you he would approve of all this nasty business. I have made a video for the song I SENT AWAY (one of the birth songs) and you can see it on youtube and other places, so I guess that qualifies as the first single as released by the impatient artist. I believe the more pragmatic record company is releasing another song (THE SEUS - Charles Normal re-mix) as ITS first single and I'll make an internet vid for that one, too, as soon as I finish recording the digital b-side for THAT (maybe I'll do a self indulgent symphony - note to myself: symphony wiki - written in 10 minutes); DAMN! That espresso this morning was BLACK and STRONG! BLACK & STRONG & LONG! MUDDY BLACK WATER! My brain is exploding...

Svn Fngrs tracklisting :
1. The Seus
2. Garbage Heap
3. Half Man
4. I Sent Away
5. Seven Fingers
6. The Tale of Lonesome Fetter
7. When They Come To Murder Me

"Svn Fngrs is a mini-album by Black Francis (aka Frank Black), released on March 3, 2008. The album's title is a reference to the Irish mythological hero C?chulainn,
who was said to have seven fingers and seven toes. The songs "Seven Fingers" and "When They Come to Murder Me" also feature lyrics written from C?chulainn's point of view." - wiki
Last edited by shedshrine on Thu May 01, 2014 1:03 pm, edited 9 times in total.

I love Bluef...; Sevenf..., not so much.
bandcamp; vlayman;
THD; Geronimo Cowboys;
blog.
I mix with olive juice.
Top

Morning Prayer with Skott and Behr

The Wikipedia Files with Black Francis

NonStopErotik deals with its subject matter as elliptically as possible. Rabbits, ferns, and other natural fertility motifs pepper these songs,
most of which are reveries inspired by love and sensuality rather than anything raunchy.
Heather Phares-Allmusic

The album was recorded in Brooklyn, Los Angeles, and a "haunted studio in London." - wiki


"FBF at work in Ocean Way Studios in Los Angeles working during the LA sessions for nonstoperotik,
which will pick up very soon in the UK for the next batch of recordings." Brian-FrankBlack.net

How you like the Duchy stuff?
bandcamp; vlayman;
THD; Geronimo Cowboys;
blog.
I mix with olive juice.
Top

I?ve heard Petits Fours maybe five or six times. Nearest I can tell lyrically it's a love letter to each other.

It doesn?t sound like the Pixies or the Catholics, it?s its own thing. Mix of Violet?s synth sounds ( that made me think of Til Tuesday),
some Steinberger bass, and Frank?s jagged guitars and yowls.
They alternate vocals. Some of hers are in French. It's punk, it's pop, it's rock. It' all over the place.(WHat a surprise!).

Interview I heard with Frank says she got to call a lot of the shots because ?I want to be able to sleep with her at the end of the day?.

Users browsing this forum: No registered users and 5 guests