Interesting article.
"If you will starve unless you become a rock star, then you have bigger problems than whether or not you are a rock star. " - Steve Albini
Top

Hell yeah, I'm going to become immortal so I can have the most posts on this board. I wonder what title you get above your avatar when you make your 1,000,000,000th post. Probably "Die already you bastard". Haha suckas.
Top

I'm pretty certain, with all these predictions, it will definitely be here in 40 years. Unfortunately, it's a toss up whether I'm going to be one of those incredibly wealthy people who own everything at that point, or one of the rest - incredibly poor and owning nothing.


Improvements to our genetic coding will be downloaded via the Internet. 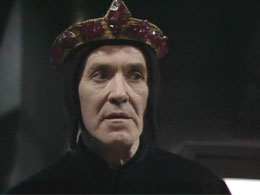 I liked this one:


"I'm not calling Ray a quack, but I am calling his message about immortality in line with the claims of other quacks that are out there," said Thomas Perls

and he might be a quack but when I was nerdy enough to care about AI he and marvin minsky were pretty bad ass in my eyes.

people who think man is destined to conquer nature are fuckwads. and they're also wrong. and we're all going to die someday.
http://www.bigoldirtybucket.com
Top
Locked
6 posts • Page 1 of 1